Crypto Money Application of the Bank of China Revealed

China Construction Bank has started testing the cryptocurrency wallet interface in its mobile application. Bank developing a special interface for the digital yuan project; it made the decision to uninstall it shortly after bringing it to users’ experience.

China Construction Bank, one of China’s four largest state banks, has developed a new interface for the national crypto money project. According to the information obtained by CoinDesk, the bank decided to add this interface to its mobile application for a short time. However, the interest of many people in the crypto money feature in a short time resulted in the bank removing this feature from the implementation.

Bank customers using the mobile application of China Construction Bank had the opportunity to experience the interface developed for the bank’s national crypto money project for a short time. Users were able to browse the wallet developed for the digital yuan by searching for the term “digital money” in the application.

It is not known exactly when the bank added this feature to the application. However, according to the information provided by CoinDesk, the news that this feature is ready started to spread by word of mouth on Saturday. The number of people trying to test the digital currency application has grown rapidly, and some users have managed to do a few transactions, albeit on a small scale.

China Construction Bank had to remove this cryptocurrency wallet feature after this intense demand. It is thought that this may be because the feature is not fully ready yet.

Here are the first images from that application

Although China Construction Bank has removed this feature for now, we have some information on how to use this wallet. Some users who managed to access this wallet took a screenshot of it and allowed us to get an idea of ​​what the wallet looked like.

It seems that the Construction Bank of China has given each bank customer a unique wallet ID. With this ID, users can transfer money directly to their bank accounts using their digital wallet. Users can also use these unique IDs to send money to each other. It can be said that the digital yuan wallet is reminiscent of crypto coins in this respect.

At this point; It would be good to state that China Construction Bank developed this application on its own. State banks in China are developing their own interfaces for digital yuan and integrating it into their mobile applications. Therefore, the appearance of this wallet will vary from bank to bank. 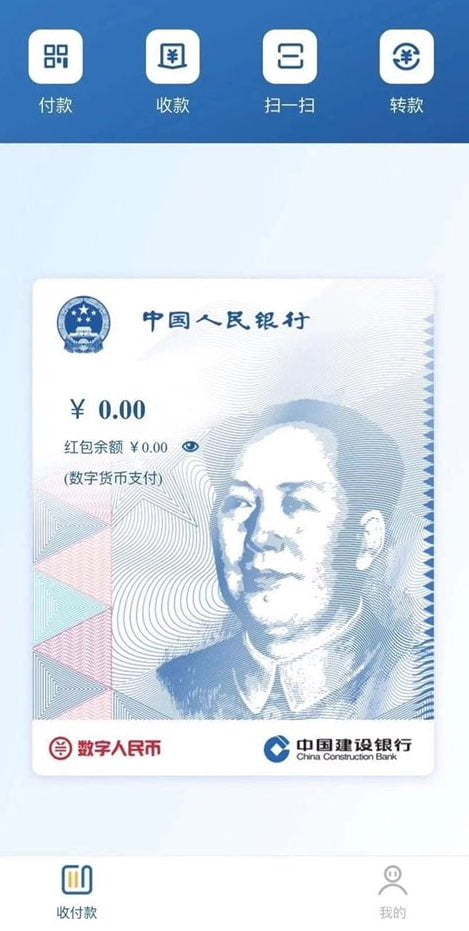 Bitcoin Price Prediction: BTC/USD Is Stuck Below $11,600 as Bulls Attempt to Move Up

Building the blockchain community is essential for further developments

The Australian government is trialing the use of blockchain technology for inter-government document exchanges with Singapore as the latest...

A PayPal user reports their account has been restricted after they traded crypto too frequently using the platform.According to...

Building the blockchain community is essential for further developments