XRP, at the time of writing, was showing no signs of price movement in either direction in the near-term. Similarly, Cosmos was likely to be neutral or bearish, until overall market conditions took a turn towards the bullish side. Dogecoin, the popular meme-coin, was also stagnant across its price charts.

XRP is the fourth-largest cryptocurrency in the market with a market capitalization of $11.27 billion. It was trading at $0.25, at press time, with the crypto-asset’s level of resistance laying at $0.267, while the support was at $0.23.

The MACD highlighted a bearish crossover and gave a sell signal. However, the Signal line and the MACD line have been moving quite close to each other for the past few days, indicating a lack of strength in the market. The Awesome Oscillator concurred, as its histogram gave a sense of weak bullishness.

A strong move above or below $0.25 could set the stage for XRP’s next move.

In related news, a report compared the function of XRP in 2017 to USDT in 2020 and found that stablecoins like Tether have been adding $100 million in market cap each day for the past several months. Since its launch, XRP has aimed to be the future of digital payments in cryptocurrency, but it appears that Tether has surpassed it in both adoption and market capitalization.

At the time of writing, the latest candle on ATOM’s price charts was suggesting that a possible surge towards $5.45 may be forthcoming.

However, this is unlikely. The OBV showed the steady sale of ATOM, highlighted by the lower highs formed. Further, the Chaikin Money Flow was exhibiting significant fluctuations in recent days, flipping from bullish to bearish territory multiple times, as buyers and sellers wrestled for control.

Overall, it is more likely that ATOM will head south. 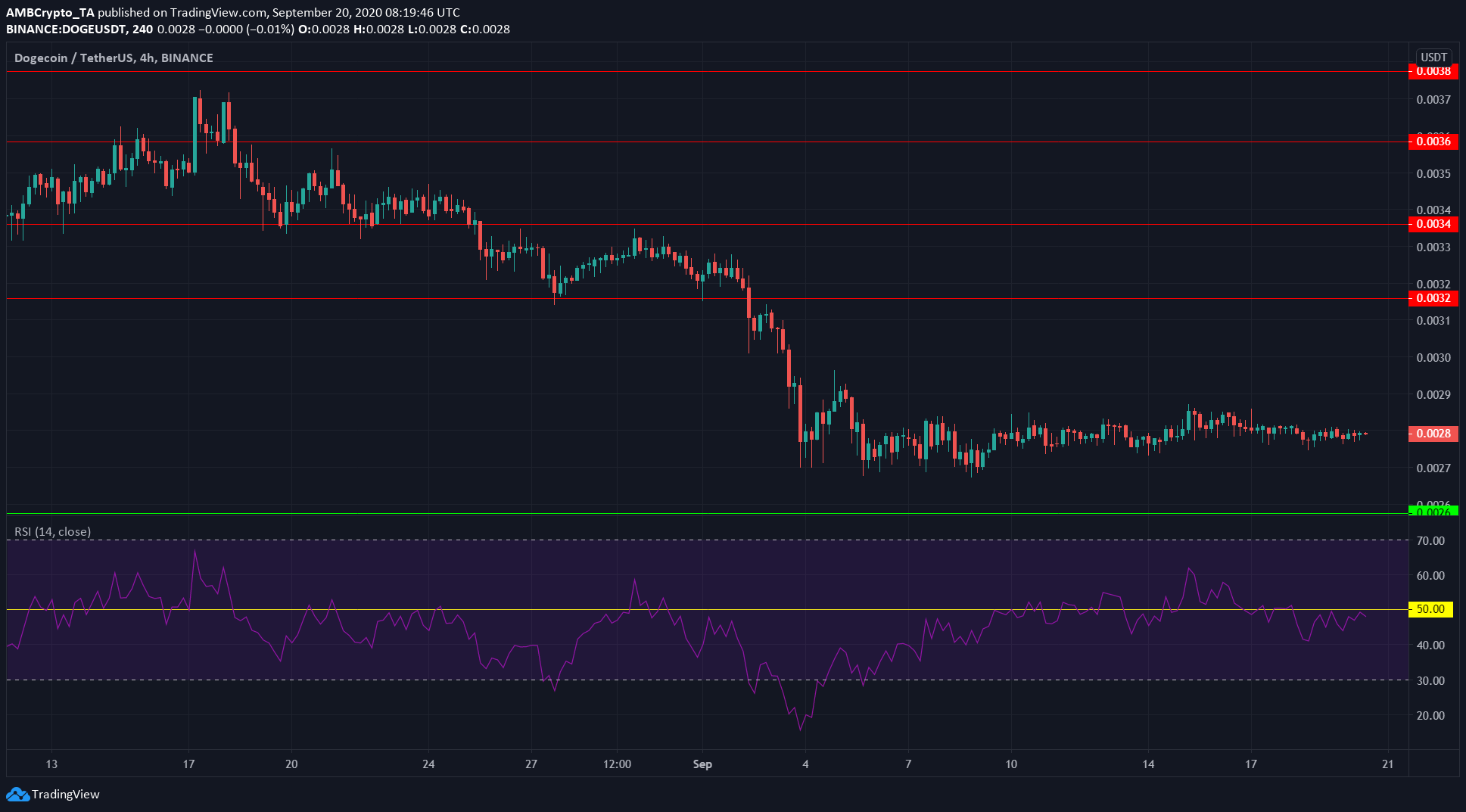 Ranked 51st on CoinMarketCap, Dogecoin appeared to have ended its slump from mid-August. It has been noting a period of consolidation since the first week of September and could continue to float languidly around $0.028 in the coming days.

The RSI was moving irregularly around the neutral 50 zone, a sign of the market’s choppiness and indecision.

Dogecoin took a baby step towards recovery after ending its downtrend from August. A close above $0.029 would be another bullish step.

Ethereum Classic boosts security by partnering with OpenRelay and Chainsafe

What happened Cryptocurrency stocks weren't feeling the love on Wednesday, with many of them trading lower during the session....

Luxembourg Start-Up To Ramp Up Music Rights Platform Next Year

Source: Adobe/ipopba Luxembourg-based start-up ANote Music has created a marketplace that allows its users to purchase and sell music...

What happened Shares of Riot Blockchain (NASDAQ:RIOT) came crashing down on Wednesday, even though there was a lack of...

REUTERS/Stephen Lam Bitcoin sank as low as $33,412.72 on Wednesday as investors continued to take...

Ethereum Classic boosts security by partnering with OpenRelay and Chainsafe